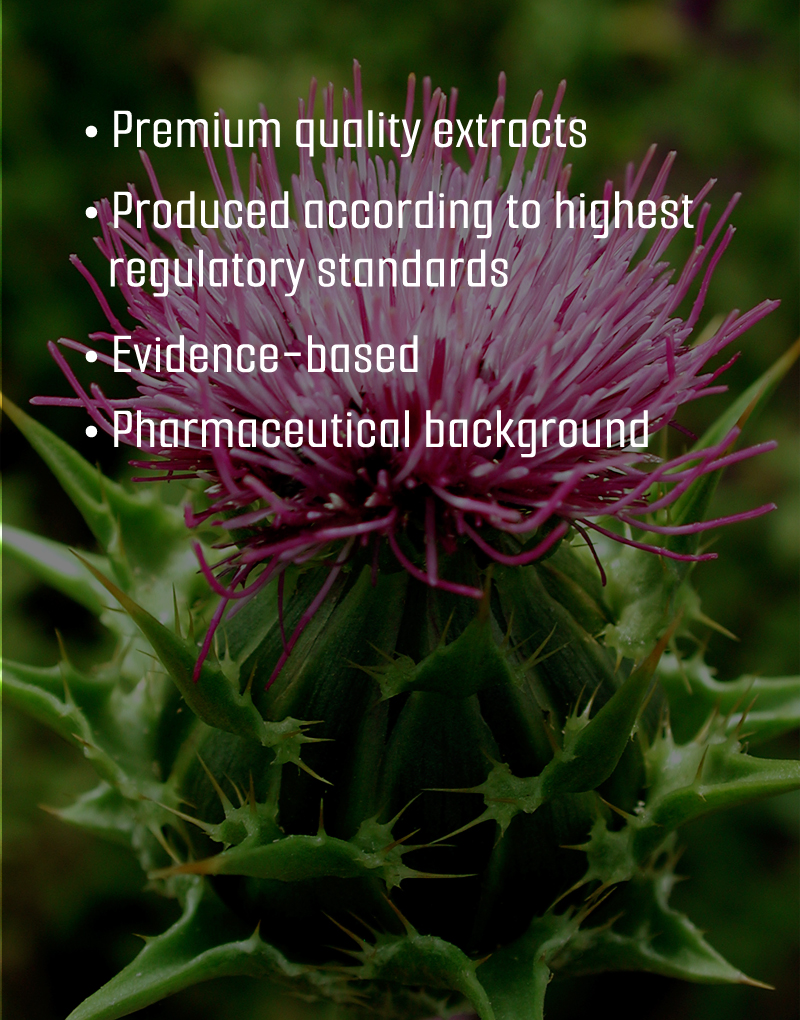 Euromed’s adoption supports ABC’s extensive HerbMedPro database, ensuring that this unique research and educational resource remains up to date for researchers, health professionals, industry members, students, consumers, and other members of the herbal and dietary supplements and natural medicine communities.

HerbMedPro is a comprehensive, interactive online database that provides access to important scientific and clinical research data on the uses and health effects of more than 265 herbs, spices, medicinal plants, and fungi.

“We highly regard the work done by the American Botanical Council and believe the Adopt-an-Herb Program is an ideal channel to communicate to a growing and diverse global audience the vast amount of scientific and clinical research on milk thistle,” wrote Andrea Zangara, scientific marketing manager of Euromed.

Mark Blumenthal, founder and executive director of ABC, said: “ABC is deeply grateful to our good friends at Euromed for their adoption of milk thistle on ABC’s highly useful HerbMedPro database. This adoption is quite fitting since Euromed is known internationally for its pioneering leadership in producing its clinically tested standardized milk thistle extract.”

Stefan Gafner, chief science officer of ABC, added: “Milk thistle extract is one of the main botanical ingredients to maintain liver health. The effects of silymarin have been researched extensively, and we are grateful to Euromed for helping to make this research available in an easily accessible manner through our HerbMedPro database. This will be a great resource for health care professionals and other people with interest in this important medicinal plant.”

Native to the Mediterranean region, milk thistle is an herbaceous annual or biennial that has been naturalized around the world. It belongs to the sunflower family (Asteraceae) and is one of two species in its genus, along with S. eburneum. The plant can grow to five feet and is recognizable by its thistle-like, purple-pink flowers with spiny bracts (specialized or modified leaves) and large, prickly, lobed, rosette-forming leaves. In many places, milk thistle is a common wayside plant and may be invasive.

The leaves have distinctive white blotches along the veins and exude a white fluid when crushed, hence the name “milk.” The genus name Silybum derives from the Greek silybon, meaning “tassel” or “tuft.” The species name marianum owes to the plant’s symbolic association with the Virgin Mary.

First-century Greek physician Dioscorides, to whom the genus name is attributed, prescribed the leaves to treat snakebites. Also in the first century, Roman naturalist Pliny the Elder noted that the plant’s juice, mixed with honey, was used for “carrying off bile,” which may be the first mention of the plant’s liver-related uses. In her treatise Physica (ca. 1150), German herbalist and mystic Hildegard von Bingen wrote about the uses of milk thistle. Centuries later, the 17th-century English herbalist Nicholas Culpeper wrote that the plant is effectual “to open the obstructions of the liver and spleen, and thereby is good against the jaundice.”

The leaves have been eaten in a way similar to artichokes (Cynara spp., Asteraceae), and the seeds, when roasted, have been brewed as a coffee (Coffea spp., Rubiaceae) substitute. In Europe, the plant has been cultivated as a vegetable and for ornament. The seeds also have been used traditionally as a galactagogue (to increase production of breast milk). Seed extracts have validated benefits for hepatitis, cirrhosis, and jaundice. They also have been used both preventively and curatively to protect the liver from toxins, including alcohol, aspirin, acetaminophen, heavy metals, and the death cap mushroom (Amanita phalloides, Amanitaceae).

Silymarin, a mixture of flavonolignans obtained from the seeds (technically fruits), can neutralize harmful free radicals that result from metabolism of toxic substances. It also has shown the ability to stimulate synthesis of liver-protective bile salts and alter cell membrane permeability, which prevents toxins from entering liver cells. Additionally, silymarin can increase production of glutathione, an antioxidant that is important for liver detoxification.

Based in Mollet del Vallès, Spain, Euromed was founded in 1971 by the German pharmaceutical group Madaus to ensure vertical integration and superior quality for its leading phytomedicine, a standardized milk thistle extract, and for other phytomedicines. Plantations were established and the whole supply chain was integrated and verticalized. Since then, Euromed has grown into a leading global botanical manufacturer, and has maintained milk thistle extract as one of its flagship products, according to Zangara.

Now, a sustainable farming program in Central Europe yields milk thistle fruits used to produce Euromed’s milk thistle extract, which is indicated for liver support. Traceability begins with seed selection and identification of growing areas. Plants and seeds are collected from several places and then planted. From the most desirable plants, the primary flowers are isolated to prevent cross-pollination of any kind, and then self-fertilized, which leads to uniform quality, according to Zangara.

Biannually, the fields are audited to confirm there is no contamination of the soil or groundwater. The harvesting machinery helps preserve the chemistry of the seeds that are used in the production of Euromed’s extract. Steps are taken to prevent cross-contamination by pollutants, pesticides, and aflatoxins during the harvest and drying processes. After that, the raw material is dried, packaged, coded, and shipped to Euromed’s Innovation Center in Barcelona, where it is tested by the company’s quality control department with internationally recognized laboratory methods. According to Zangara, this testing results in consistent quality from batch to batch and year to year, to assure biological activity, as per Euromed’s PhytoProof quality seal. Euromed’s standardized milk thistle extract has been clinically studied over the past few decades in more than 5,500 patients worldwide.

About Adopt-an-Herb and HerbMedPro

Euromed is one of 58 US and international companies that have supported ABC’s educational efforts to collect, organize, and disseminate reliable, traditional, and science-based information, including clinical studies, on herbs, medicinal plants, and other botanical- and fungal-based ingredients through the Adopt-an-Herb program. This program encourages companies, organizations, and individuals to “adopt” one or more specific herbs for inclusion and ongoing maintenance in the HerbMedPro database. To date, 64 herbs have been adopted.

Each adopted herb is continuously researched for new scientific articles and botanical, chemical, pharmacological, toxicological, and clinical studies, ensuring that its HerbMedPro record stays current and robust. Access to the studies is conveniently organized by publication type, with each study condensed to a one-sentence summary with a link to the study’s official abstract on PubMed (the US National Library of Medicine’s free-access database) or other publicly accessible database.

HerbMedPro is available to ABC members at the Academic level and higher. Its “sister” site, HerbMed, is available to the general public at no cost, with access to 25-30 herb records from the larger HerbMedPro database. In keeping with ABC’s position as an independent research and education organization, herb adopters do not influence the scientific information that is compiled for their respective adopted herbs.